Cleaning in action, love in action 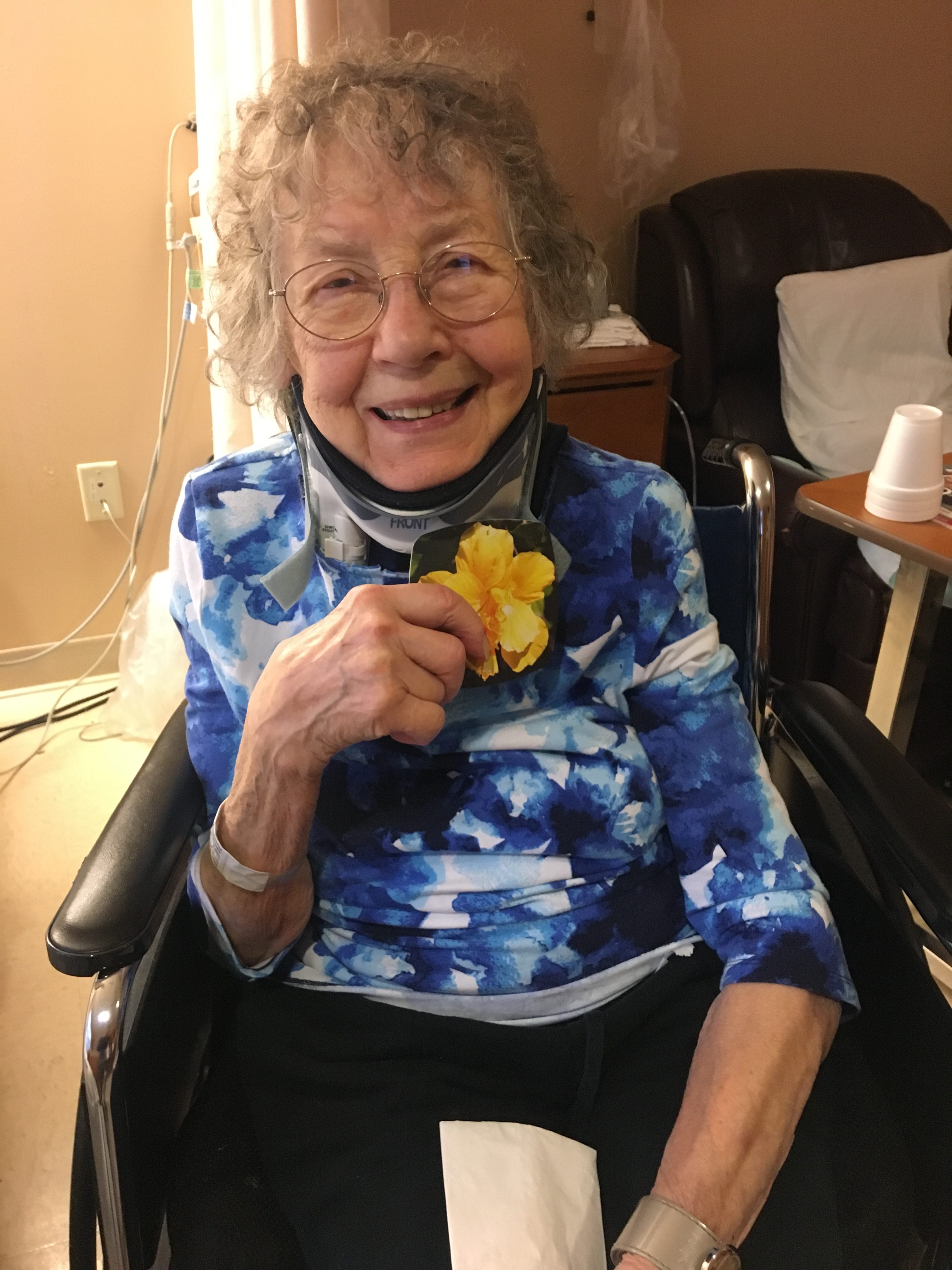 My grandmother, who You mentioned you were cleaning on Thank you very much, loves the coaster. I gave her the horizontal cleaning card for her room and she blesses herself with it. I visited her yesterday and showed her the Coaster and asked if I could take a photo of it. She said she wanted to put it over her heart and smiled ( this is the biggest smile I have ever seen her give for a photo). She loves it and studied the flower. She made me read the back of the card to her. Last month, I gave her a seal of divine love for her room and the next day, my Uncle Mark who hasn’t called or visited her in years, just “showed up” and visited.
Also, one more miracle:  2 weeks ago, I was driving to yoga and was self conscious about how much time I invest in the cleaning. I felt that’s all I do and was asking the Universe if my cleaning was felt by anybody and if it benefited anybody at all. I was worried that maybe i was using all this time and energy incorrectly. So I asked the universe for a sign and let it go. Later that night, I arrived in yoga where I used to do a ton of cleaning. And I lay down. Then I heard it. The music they were using was the exact background music that is in the Ihaleakala video that begins with him saying….”Well it began with Morrnah”. Ive heard it so often that when it came on in the studio, I felt the studio saying ” I hear your cleaning. We know you clean. We love it”. The studio leaned the cleaning. And last night, it happened again. Same music. And when I walked out, the “Zero Makes us Family” card was hanging on the wall. Someone found one of my cards and put it up for display. Then I felt strongly I was meant to leave a cleaning card there and I tucked a coaster under the fan. The owner’s fiancé overheard me say something about a Hawaiian prayer card and was interested. I almost never talk about Ho’oponopono but she was interested. Then I showed her the coaster that I tucked away and she insisted on displaying it above the women’s changing room so people can see it when they walk in she said. It was like a very odd miracle. I’m so private about my cleaning that it felt strange to have it be acknowledged and encouraged. Amidst all these miracles have been the most hard mental health days of my life, constantly feeling stuck in a nightmare and without hope or help. But there are amazing miracles and I thank you. Love you. Always. Peace of I.